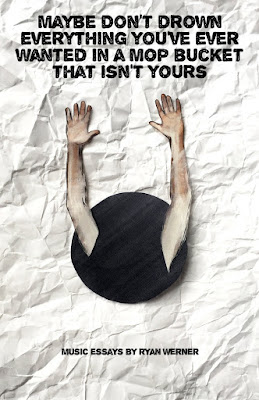 "Maybe Don't Drown is the sharpest writing on rock 'n' roll and shattered dreams that I can think of. Thing though is, Ryan Werner also picks up the shattered dreams and glues them back together into something transcendent. This is the story of a boy and a mop bucket, set to "The Boys Are Back In Town" by Thin Lizzy on a forever loop of bliss. It's a vivisection of music, literature, and blue collar blood, sweat, and tears, and it's utterly enthralling. At the intersection of punk rock and real life, you'll find Ryan Werner, a killer writer who also knows how to shred geeetars behind his back."

Ryan Werner on the Internet

Excerpts: Maybe Don't Drown Everything You've Ever Wanted In a Mop Bucket That Isn't Yours